By Kumail Jaffer, political reporter for the Daily Mail

Gordon Brown was approached by Penny Mordaunt for advice on a book ahead of his Tory leadership race, he revealed last night.

The candidate asked the former Labor Prime Minister for ideas on how to improve the country and develop a ‘national plan’ to recover from the pandemic. Miss Mordaunt made the surprise request while writing Greater: Britain After the Storm.

The book, which was published last year, is seen as a manifesto for how she would lead if she became prime minister.

Ideas put forward in the book include modernizing the House of Commons. He argues that the parliament should be improved to “facilitate democracy” with the reintroduction of electronic voting and video conferencing. Both have been used during the pandemic at great expense. This would allow MPs to spend more time in their constituencies, bringing politicians closer to their constituents and helping to rebuild trust, she suggested.

Miss Mordaunt also said the state could be smaller, more efficient and more localized to give voters a better connection to government and “engender local trust”. 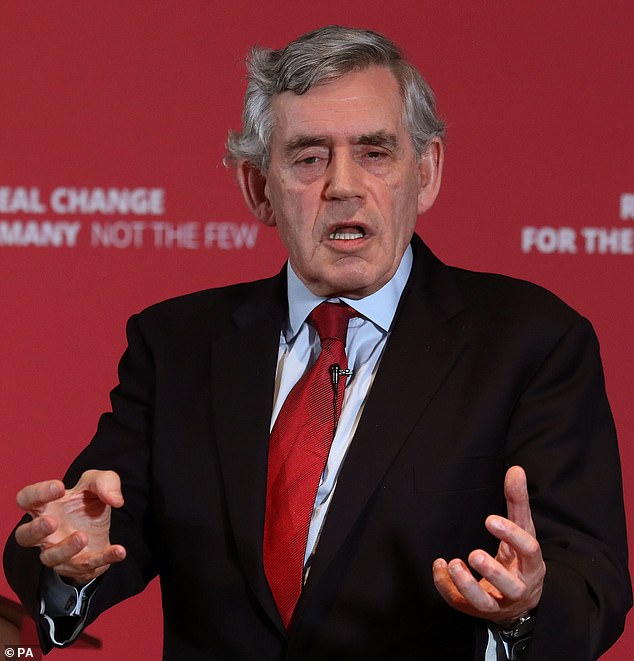 Ms Mordaunt asked Gordon Brown for ideas on how to improve the country and develop a ‘national plan’ to recover from the pandemic. It is understood that Mr Brown did not provide Miss Mordaunt with ideas for her book

She suggested sending senior civil servants on the fast-track program from Whitehall to local communities ‘where their talent can be used more productively’.

It is understood that Mr Brown did not provide Miss Mordaunt with ideas for her book. But she won praise from former Labor Prime Minister Tony Blair, who called her “really important”. “Whatever the disagreements over the recent political past, there is no doubt that the spirit Britain needs for its future is optimistic, outward-looking, innovative and inclusive,” Sir Tony wrote.

The book, co-authored by multimillionaire public relations guru Chris Lewis, has also been endorsed by Bill Gates, Sir Richard Branson and Sir Elton John. Miss Mordaunt and Mr Lewis chartered a helicopter to fly to the Hay Literary Festival in May this year to promote it.

Rival campaigns called her a “part-time Penny”. In her job as Trade Secretary, Miss Mordaunt is responsible for US state-by-state trade deals and when the UK signed its first with Indiana she did not attend the ceremony as it was at the same time as Hay.

Miss Mordaunt did not dispute that she had approached Mr Brown. But a source in his campaign said the former prime minister “had no involvement”.

Math strategies and writing tips for children with ADHD, dyscalculia and dysgraphia

Tech Review: Remarkable 2 mimics writing on paper. Is it better than an iPad for taking notes? | Technology

Save nearly 30% on the new SyncPen3, Notebook and Notepad